Warning: Use of undefined constant zframe - assumed 'zframe' (this will throw an Error in a future version of PHP) in /home/veenstra/public_html/wewed/wp-includes/widgets.php on line 413
﻿ The Bunting Bash: The One Where I Throw Poms at My New Husband | We Wed

The Bunting Bash: The One Where I Throw Poms at My New Husband

When Mr. Bunting and I returned to the park following our carriage ride, we had just enough time to mingle with our lingering guests before they went on to the reception downtown. A group of our friends and relatives remained behind to help tear down the decorations at the park, and since we had finished all our formal portraits before the ceremony, we pitched in to help. Yeah, that lasted long. 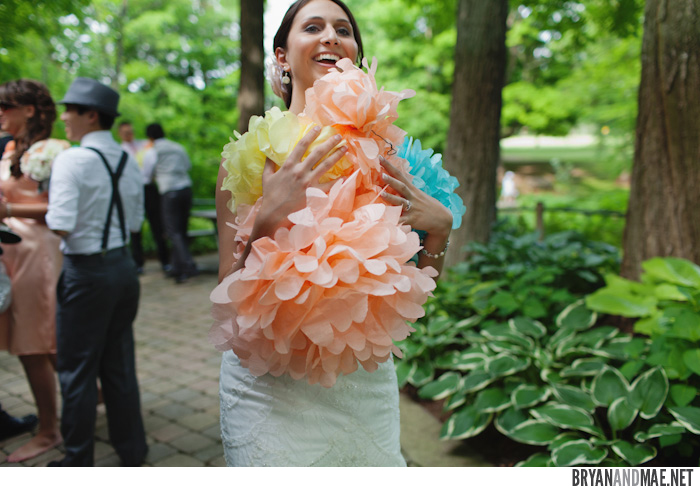 I have no idea why, but Mr. Bunting possessed a strong love-hate relationship with all our tissue poms. He loved and appreciated them as decorations, but he loved to hate them as objects. I don’t think I’ll ever understand, but it’s almost like Mr. Bunting was the one who personally had to count sheets of tissue paper, fold, cut, and fluff  all those colorful poms. Which is just silly talk, because aside from the fluffing party we had at the rehearsal dinner, it was my fingers who labored so intensively over these delicate creations. Alright, alright, Mr. Bunting did help fold a few (after he was kicked off cutting duty for failed quality control checks), but he later admitted to me that he got away without fluffing a single pom. That sneaky devil. So why, then, was he so keen on destroying my pretty poms? He claims he only hates them on my behalf (they were rather tedious and frustrating) but I secretly think he just loves the idea of shredding a brightly colored ball of tissue paper. When we started pulling down the decorations, including the poms, Mr. Bunting got a devious glint in his eye and zeroed in on them like a lion to its prey. 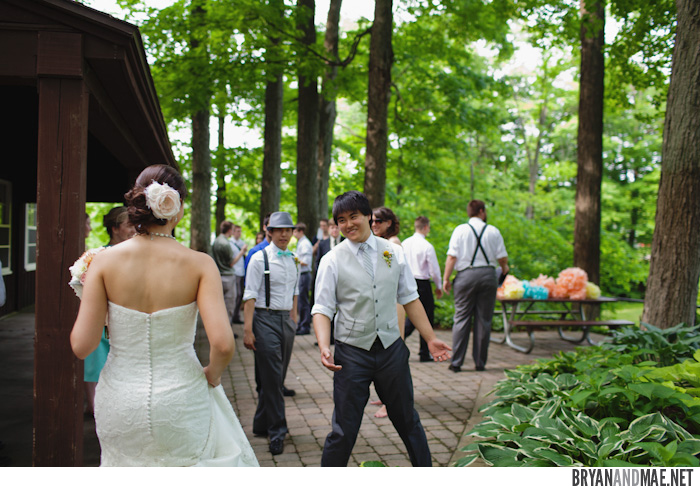 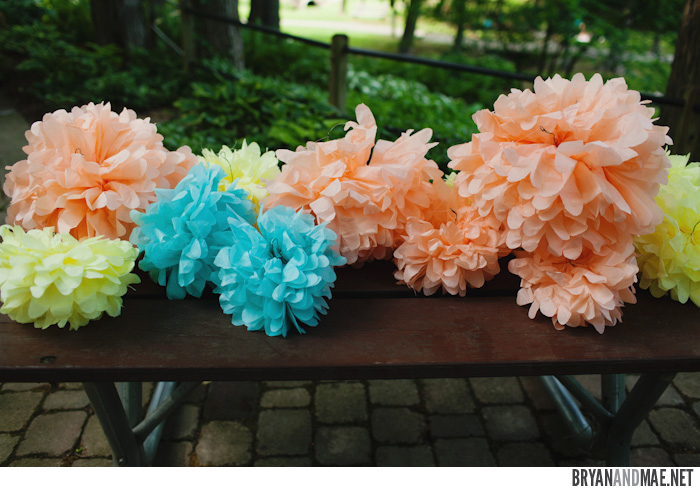 At first I tried to rescue them. 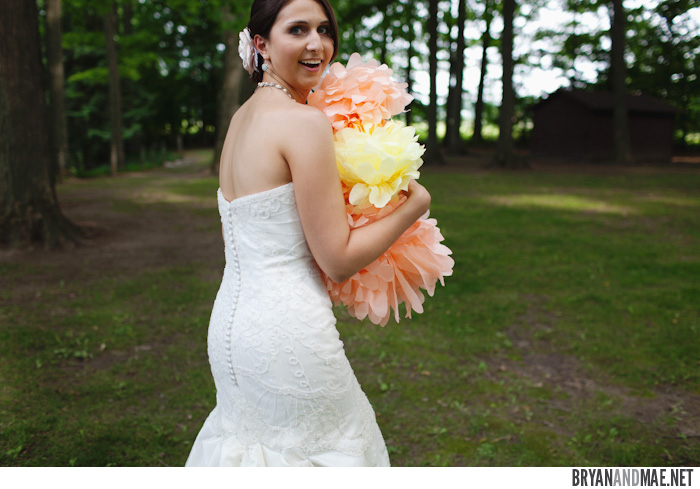 And then I realized that they were exceptionally fun to throw at other people. Namely my new husband. 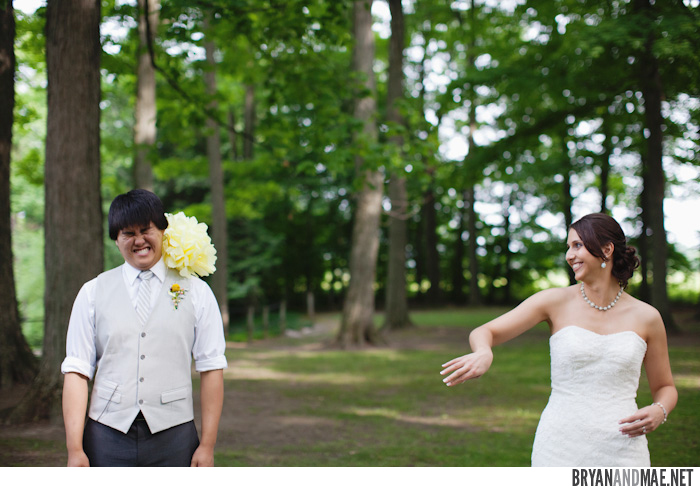 Soon, we each had an armful and, with our photographers at the ready… 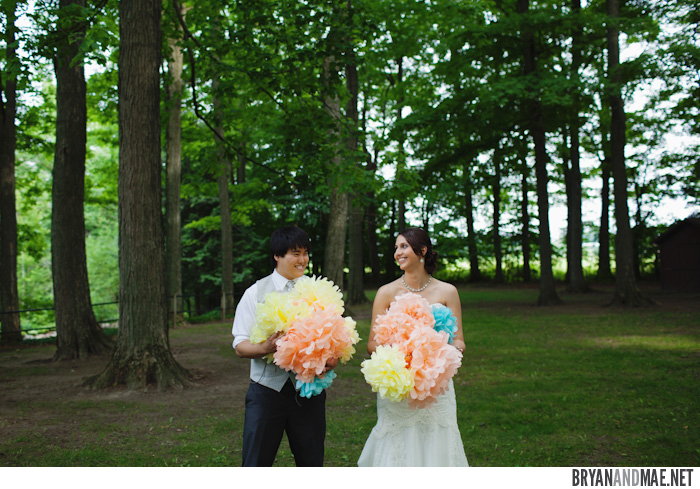 …we released them into an explosion of color. Glorious, colorful, wonderful poms! 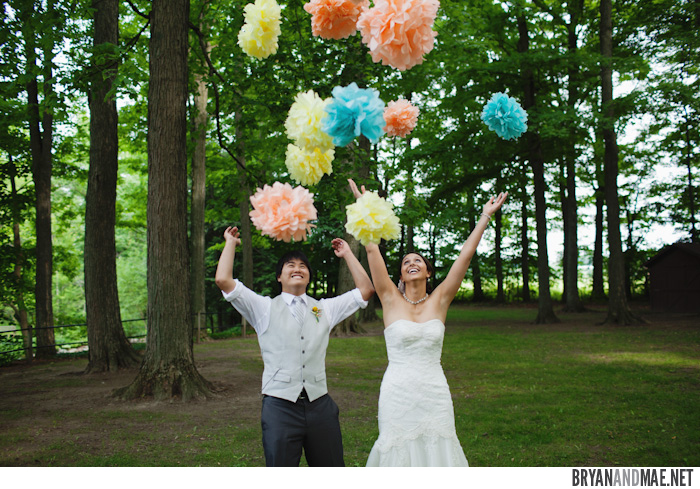 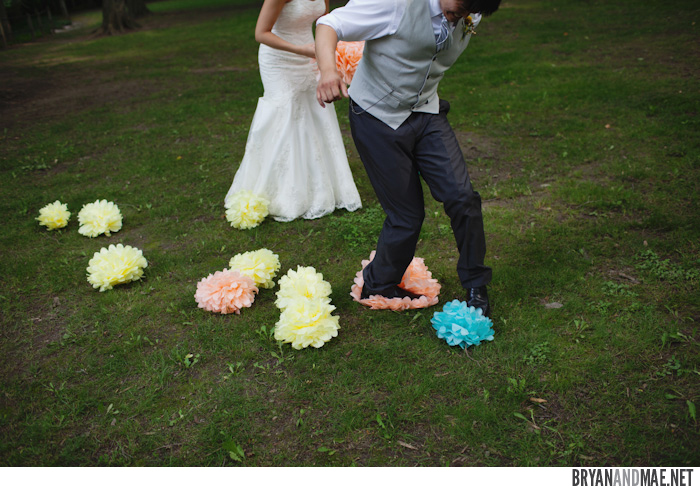 Show us how you really feel, Mr. Bunting! 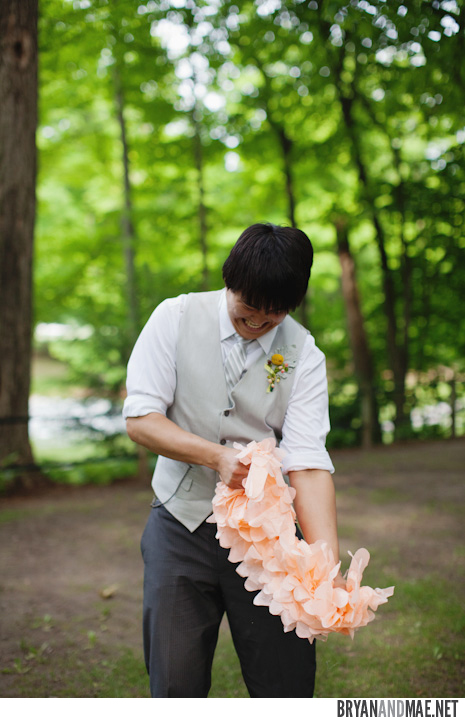 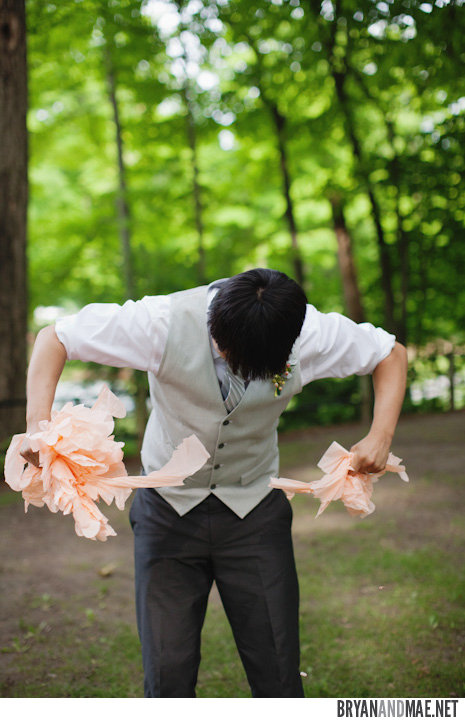 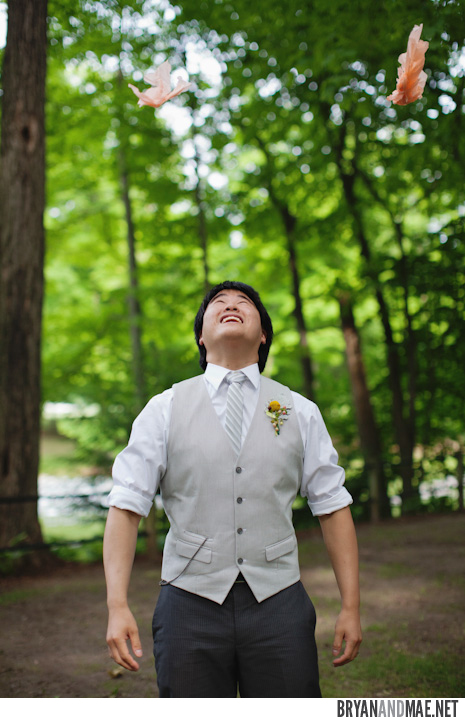 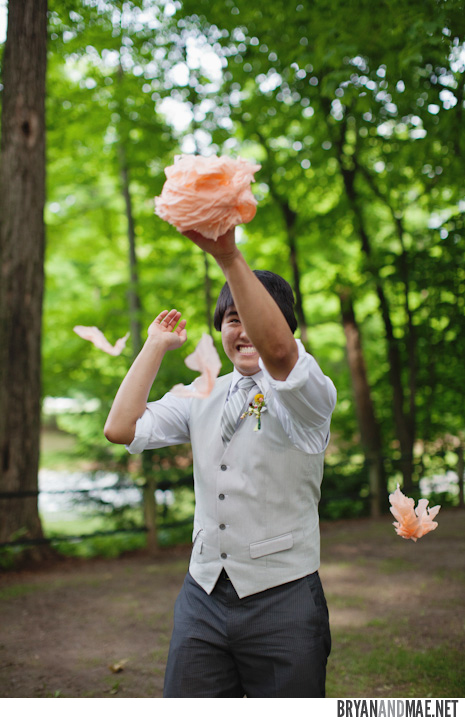 We may be the Buntings, but he clearly has some cat in him! I couldn’t bring myself to shred any of the poms I had worked so hard on for months, but we sure had fun tossing them over our heads. Not only was it a moment of pure spontaneity, but it left us with some fun photos! And for the pom activists, there’s no way we would have been able to save them all for re-use because they really don’t transport well once fluffed. But a handful of them did survive and are now hanging in our basement and one of our guests also happily adopted a couple, so they DO live on!