Warning: Use of undefined constant zframe - assumed 'zframe' (this will throw an Error in a future version of PHP) in /home/veenstra/public_html/wewed/wp-includes/widgets.php on line 413
﻿ Figuring out the flowers | We Wed

Figuring out the flowers

I met with our florist recently to refine our order and play with some flowers (yay, flowers!). While I had provided our florist with plenty of inspiration photos that closely resembled what I wanted, this was the first time I actually got to see some of those flowers together in person.  More importantly, it let me see just how our florist actually interpreted my inspiration photos. A handful of the reviews left by other brides for our florist commented on how the floral arrangements were great, but not what they originally wanted or imagined, so I really wanted to get a glimpse of what I’d be getting before the actual day. Don’t get me wrong, our florist is a lovely woman, but I do happen to be a detail-oriented control-freak when it comes to this wedding, so despite how much I got along with her I just couldn’t forget those reviews. Just as you’d do for hair and make-up, I’d suggest a trial or mock-up (if possible) for anyone who is a little concerned that what they get is not what they specified. It may make me a bit obsessive, yes, but when I can see for myself how something may look then I feel much more comfortable with letting someone else take full control. Like I said – control-freak. 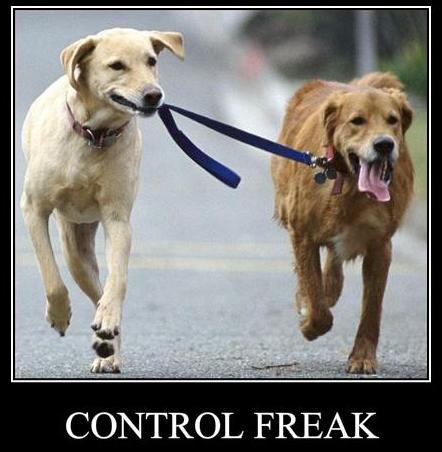 Our centerpieces are comprised of mismatched vases and jars with an assortment of flowers, so each table will be a variation on a theme. I’ve spent the past year collecting milk glass and blue mason jars and our florist was generous enough to offer storage space in her studio basement. So we dug through the various bins and pulled out some select pieces to create 3-4 mock-ups with the fresh flowers she had ordered earlier that week. Some of the flowers and colors we’re using weren’t available at the time so we had to use some substitutes. We also didn’t spend a lot of time refining each piece since these were just quick mock-ups, hence some bare spots and other flaws, but I definitely got the general idea. 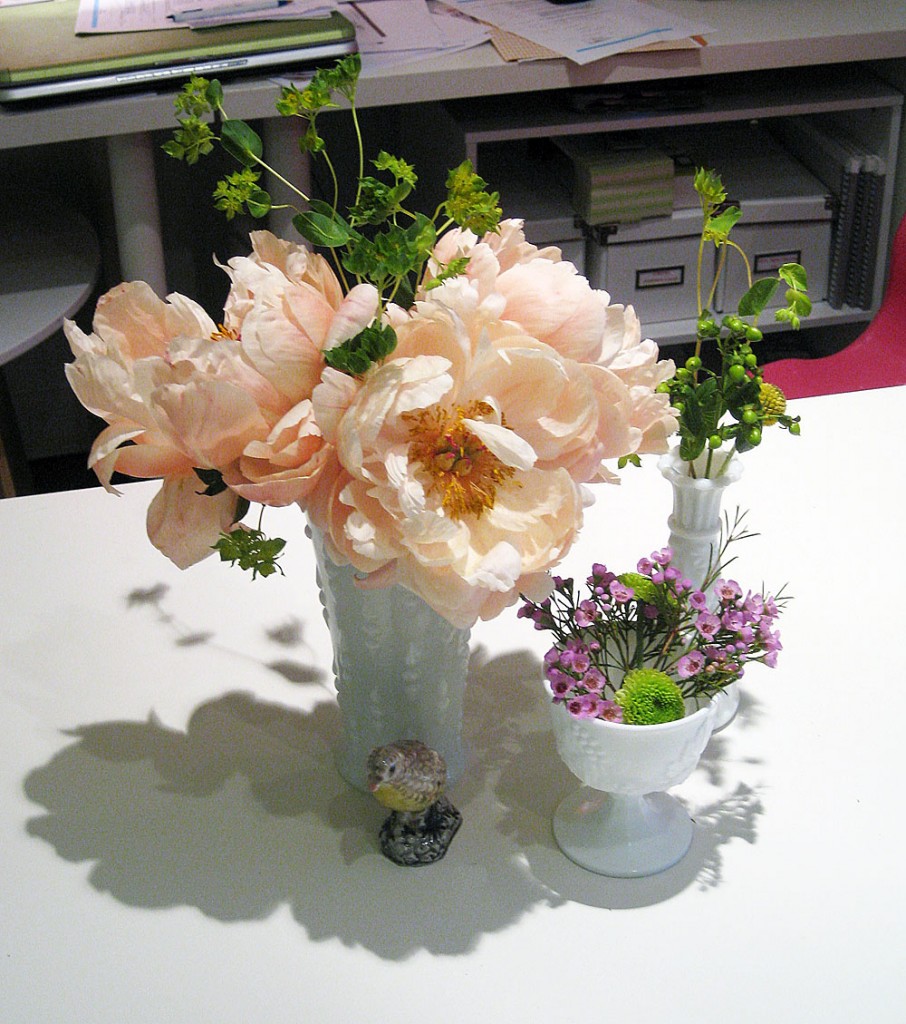 They looked much better in person than in my photos, but it was so rewarding to see just how well our flower selections coordinate with each other, the vases and jars, and our quirky table runners. We could literally pick up one jar from one mock-up and move it to another, and the arrangement looked just as coordinated. That was just the assurance I needed since I won’t have any control over the centerpiece arrangements the day-of. (Our florist will be setting up the vases, jars, books, and birds on each table in addition to the flowers, which is why I wanted to see if her vision and my vision were one and the same.) 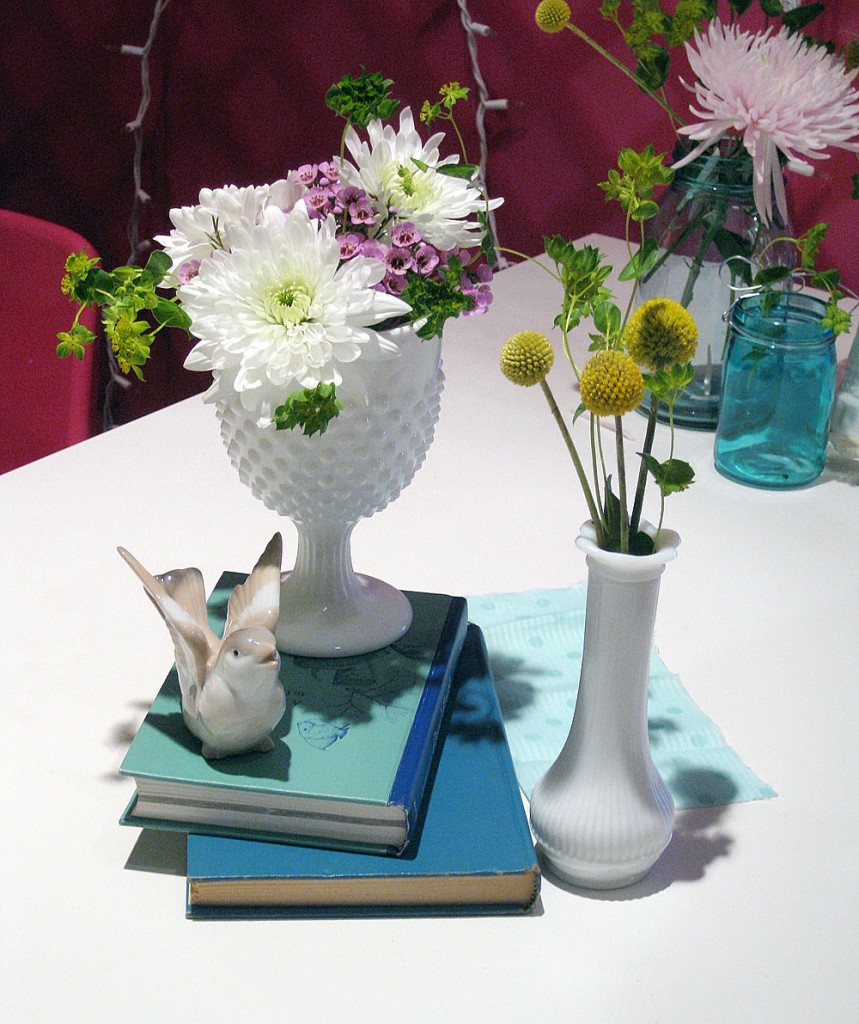 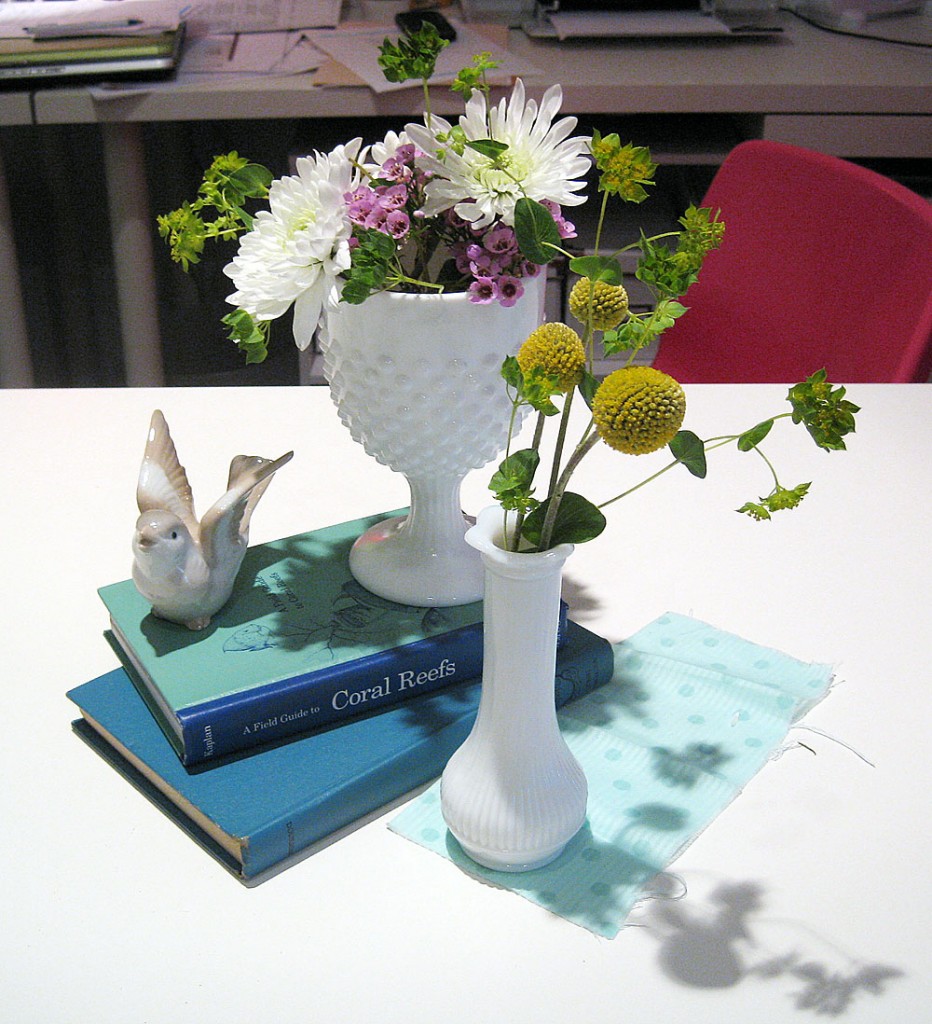 We forgot to bring a full table runner with us, so that bit of aqua fabric you see is a swatch Mother Bunting happened to have in her purse (thanks mom!). It may not be the real deal, but it’s enough of a taste to fuel my imagination. The craspedia paired with the polka dots on the table runner fabric make me oh-so-happy. 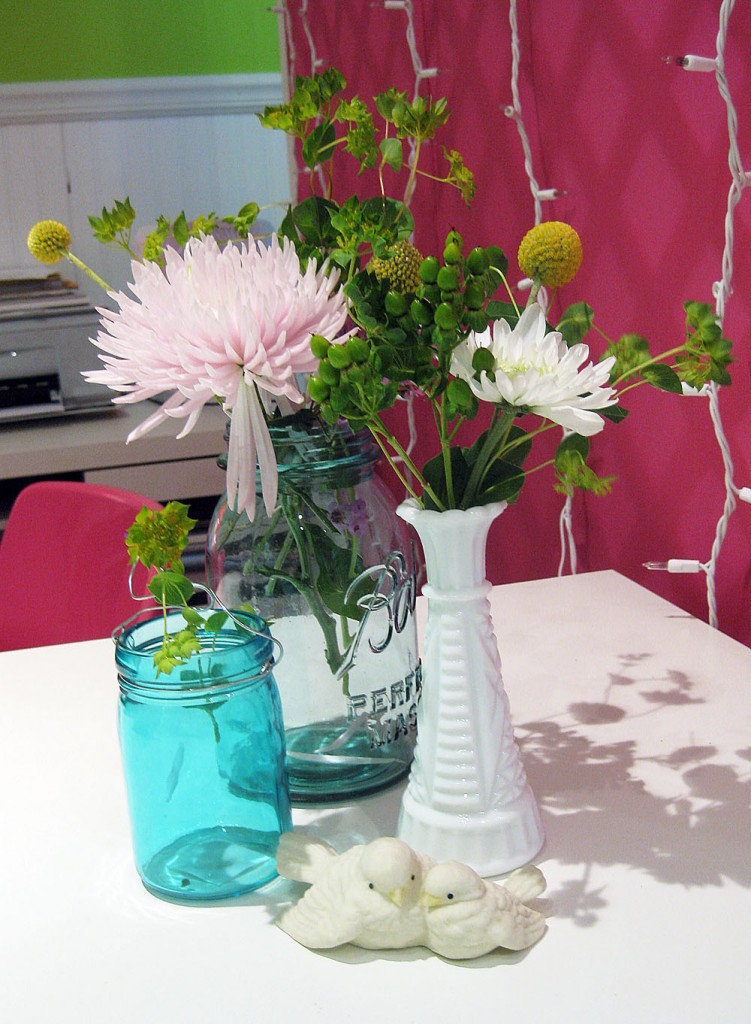 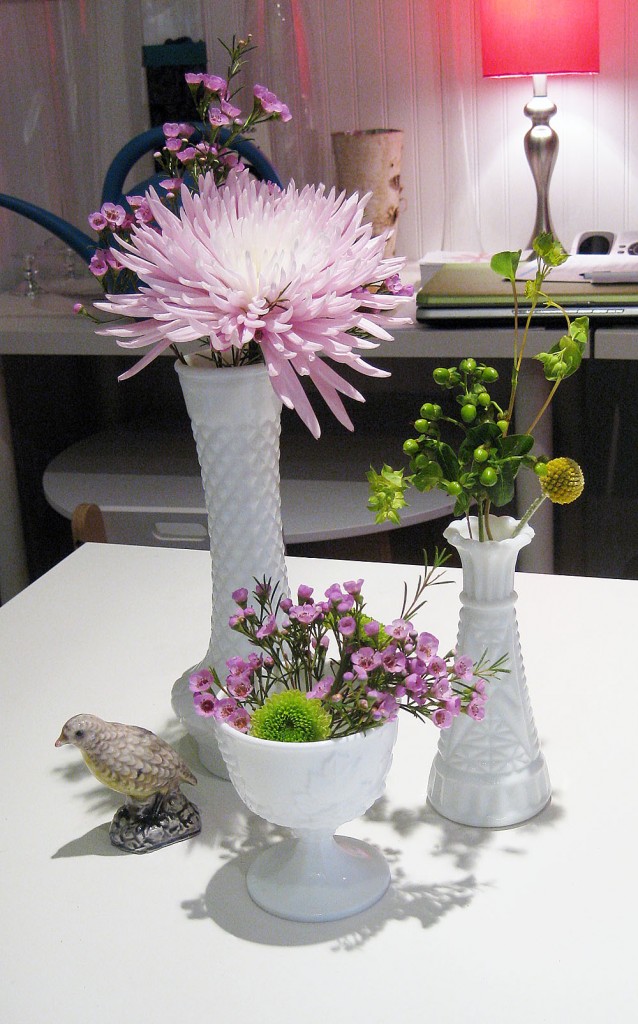 So what’s staying and what are the substitutes?

Each centerpiece will have a bit of the following: Additionally, each centerpiece with have a variation of the following: 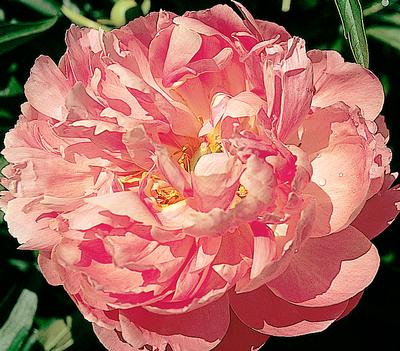 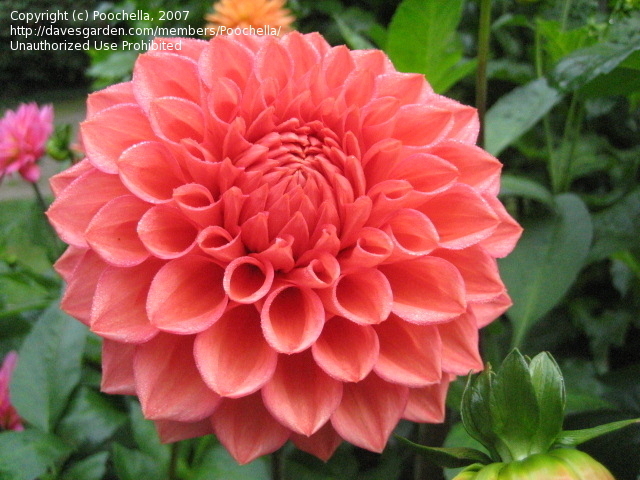 That looks like a lot of pink and coral right now, but with the green bupleurum, yellow craspedia, and yellow or white spidermums I think it will balance out. I wanted to add ranunculus to the mix, but unfortunately it won’t be in season before our wedding.

Did you need to do a trial run with your flowers? What type of flowers are you using?