Warning: Use of undefined constant zframe - assumed 'zframe' (this will throw an Error in a future version of PHP) in /home/veenstra/public_html/wewed/wp-includes/widgets.php on line 413
﻿ Finger armor | We Wed

Mr. Bunting and I were at the mall the other day trying to find him some dress pants for another friend’s wedding, and as we approached the jewelry arena (seriously, the way they’re all facing one another in an open square makes it a fighting arena for the sparkly) I suggested we stop by to see if Mr. Bunting’s wedding band was in. It had been several weeks since we ordered it, so even though they hadn’t called yet I speculated that it may have come in that day. I’ve had that happen to me before, on several occasions actually. (That just makes me look impatient, I know).

So we strolled on in, and this is what followed:

Clerk: Hello! May I help you with something?

Mr. Bunting: Yes, I got a call today that my ring was in.

Me: Wait. Really? Like for serious? They called you? (I think he’s lying just to get the clerk to check, which is a very odd way to have them check)

Me: You didn’t tell me that!

The clerk is handing over the ring at this point.

Aww, he wanted to surprise me! No wonder why he was keen on going to the mall  (Mr. Bunting and shopping are not really friends). 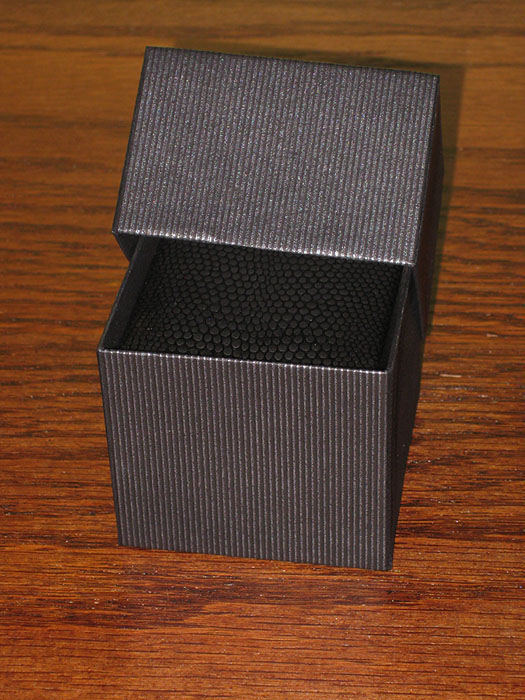 Peeking into the box… 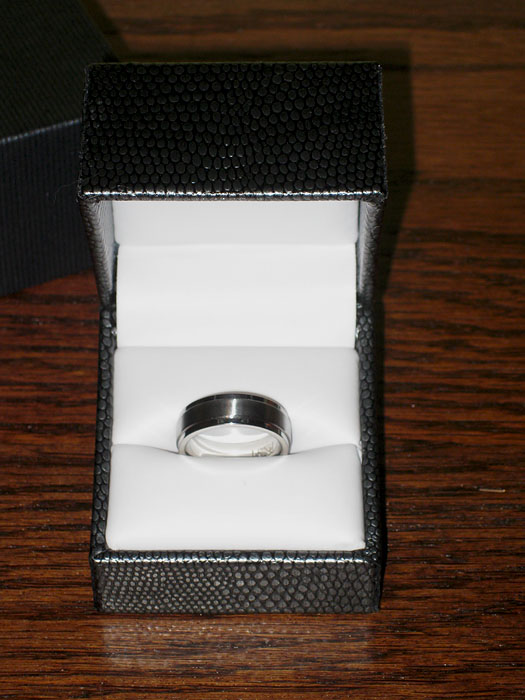 Oooo…. shiny! Now how about a close-up. 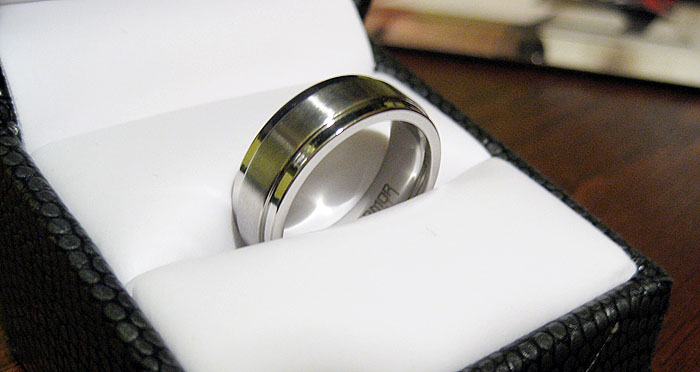 I would say that I’m still more excited about his ring than he is, but that would be a complete lie. He’s already tried telling me he’s going to start wearing it. Haha. No. And then he changed his method and tried pleading with me to wear it. I told him he can’t wear an unblessed un-wedded wedding ring. (Yeah, he tried to bless it himself after that.) I may have to hide it from him.

We both love the way it looks on his hand, and are so very pleased with the purchase. Even better – it fits perfectly! Of course it should, but Mr. Bunting’s ring finger is in between sizes and we weren’t quite sure which one to go with. The ring is SK cobalt, which cannot be re-sized, so a .75 or .25 instead of .5 size wasn’t possible. It looks like we made the right size choice, though! 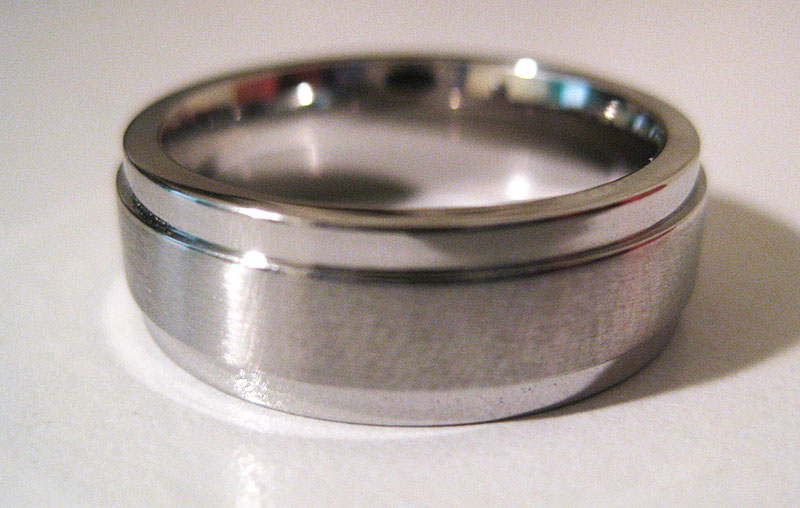 It’s masculine, simple, and very very hawt. And in case you’re wondering about the title of this post, the cobalt line is called “Armor Cobalt”, which is also engraved on the inside. Unfortunately the cobalt material is too hard for engraving without a high pricetag, so that’s all that it will say. Still kinda neat, though. His wedding band will be his “armor”. Hee, we’re such geeks.

What sort of ring did your partner get?