Warning: Use of undefined constant zframe - assumed 'zframe' (this will throw an Error in a future version of PHP) in /home/veenstra/public_html/wewed/wp-includes/widgets.php on line 413
﻿ The Passport: So not awesome-sauce. | We Wed

The Passport: So not awesome-sauce.

Note: I originally wrote this post over a month ago and there have been recent developments since, so stay tuned for part II.

I’m trying hard not to freak out. I’m trying really hard, but yesterday I went home early from work with a migraine and nausea.

There’s a small, very real, but small chance we will not be able to go on our international honeymoon.

There’s a small, ever scarier, and still very real chance that we will not be able to get legally married on our wedding day. 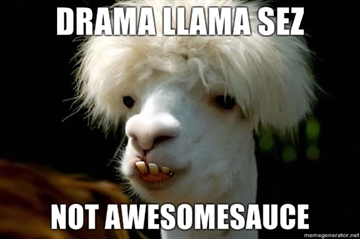 I don’t mean to be a drama llama, but that freaks me out. A lot. Now I’m sure you’re wondering why and how, so let me explain.

Mr. Bunting was adopted. More importantly, Mr. Bunting was adopted from Japan. Even though he’s been living in the U.S. for pretty much his entire life, we’re having a hard time proving he’s a US Citizen to get his passport. After he talked to our local court and post office regarding requirements, we submitted all of the paperwork we had in hopes that whoever reviewed it would say (with a classy accent) “Oh, why yes, I can see from these things that he is indeed a citizen of the United States. Approved!”

That was not the case. We got a letter saying they needed additional documents. We had one of the two documents, but the other… well, we had no idea what it was or where to get it. And that was the most frustrating thing, because we didn’t even know where to begin. We’ve since tried calling the passport agency hotline, the Japanese embassy in Washington, D.C., and even tried called Japan herself. Okay, not the country as a whole, but Mr. Bunting had a phone number only to discover he can’t make international calls on his cellphone.

Now for the other kicker. Mr. Bunting does not have a birth certificate. At least none of us have one for him. And you know what you need a birth certificate for? A marriage license. Yep. So no getting legally married without one. It has to exist somewhere, right?

Worst case scenario: We push back our honeymoon until we have his passport. We bought cancel-for-any-reason insurance, so as much as it would suck to not go on our honeymoon two days after the wedding, it’s doable. As for the wedding itself, my mom assured me that we could still go through with everything and not tell anyone. Then, once we have a birth certificate, we can get legally married at the courthouse. This is doable, too, but I really want to get married in every way on our wedding day. I can just see myself smiling one moment and then, when we’re pronounced married, hysterically sobbing and crying out “It’s all LIES!” (<- That’s the Drama Llama talking again).

I know we’ll figure this out, one way or another. Fortunately we still have some time, though the window is getting smaller. But we will be married. It’s just getting there that’s so hard.

Has anyone else experienced major obstacles like this? And if you or your FH was adopted, especially from another country, please, please, please start organizing all those important documents now. Because if you don’t have them already, it may require some time to get them, and you don’t want to be in a situation like this. Because this sucks. Oh, there’s that Llama again.