Warning: Use of undefined constant zframe - assumed 'zframe' (this will throw an Error in a future version of PHP) in /home/veenstra/public_html/wewed/wp-includes/widgets.php on line 413
﻿ The Passport: Part II | We Wed

Remember my freak-out with Mr. Bunting’s passport? Well guess what came in the mail! 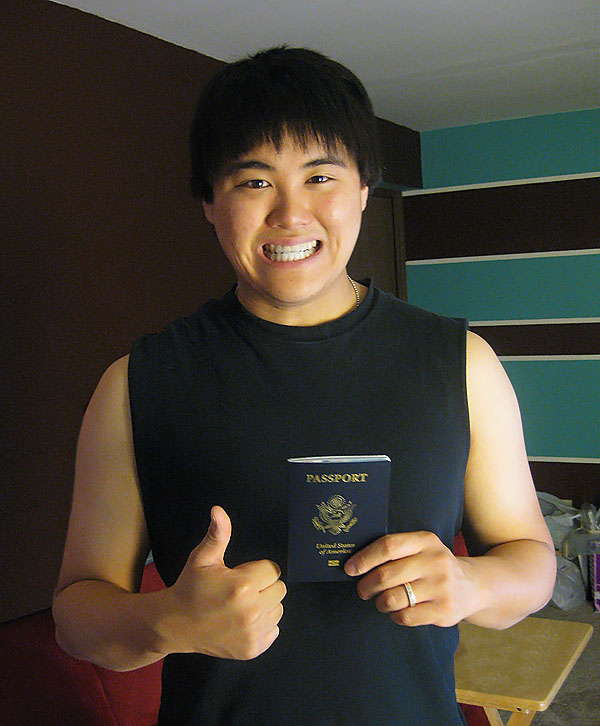 So how did we finally get it? Well that’s the real kicker.

So yes, because we hadn’t submitted his alien card, we received the generic letter, which led us to believe that we were also missing the ambiguous adoption decree. The miscommunication does not stop here folks, oh no. All of this drama would have been avoidable, or at least short-lived, if we had established contact with Mr. Bunting’s assigned caseworker. But we didn’t. His caseworker had called and left a voicemail message at one point with a callback number that always went straight to some general voicemail. Mr. Bunting left numerous messages for this voicemail. He called the general passport hotline daily and left messages for his caseworker there, too. Each time he was told they would put a note in his file since they couldn’t access his caseworker’s contact information (seriously?). So we waited and called, waited and called, and began to wonder if this caseworker even existed.

Until one day, when FINALLY his caseworker called. Turns out to be a super friendly and helpful guy who never got any of our messages. This infuriates me. Someone dropped the ball over there. Multiple times. For weeks.

He apologized profusely, promised he’d personally speak to the head of the call center to see why they failed to forward any message, and then proceeded to explain to Mr. Bunting that he had the adoption decree already and if we would kindly send in his alien registration card he could be approved for a U.S. passport.

I still feel like hugging and punching at the same time. Where’s a mosh pit when you need one?

All in all, though, we were so relieved to have heard such great news and promptly put his alien card in the mail. Several days later, we were told that his passport was approved and printed. Add several more days, and there it was in the mail box. Which means we’re going on our international honeymoon, whoo-hoooooo!

Did you encounter any unexpected obstacles in your planning? Did it all work out in the end? Does anyone have a fireproof safe I can borrow to store this damned thing in?